You are here:
Lastest News 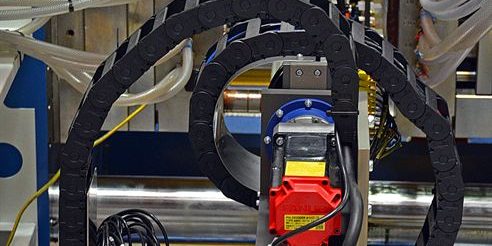 Using FANUC’s common control and drive platform, together with proprietary machines and robots, Hi-Tech Automation will showcase the versatility it provides to users of its design and integration services.

Also integrated to a ROBODRILL α-D21 Series machining centre will be a LR Mate-200iD robot loading and unloading small components. Designed for 24/7 high duty cycles, the ROBODRILL and LR Mate combination is ideally suited for batch production where the system can effectively be operated unmanned.

A strategic partner of FANUC, Hi-Tech Automation brings in-depth application-specific experience to the partnership, allowing customers to benefit from the proven integration of their high-value automation assets.

From the Same Category

Recent Articles
Have a Question?
Go to Top